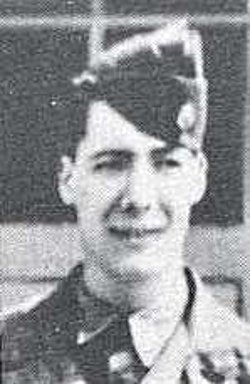 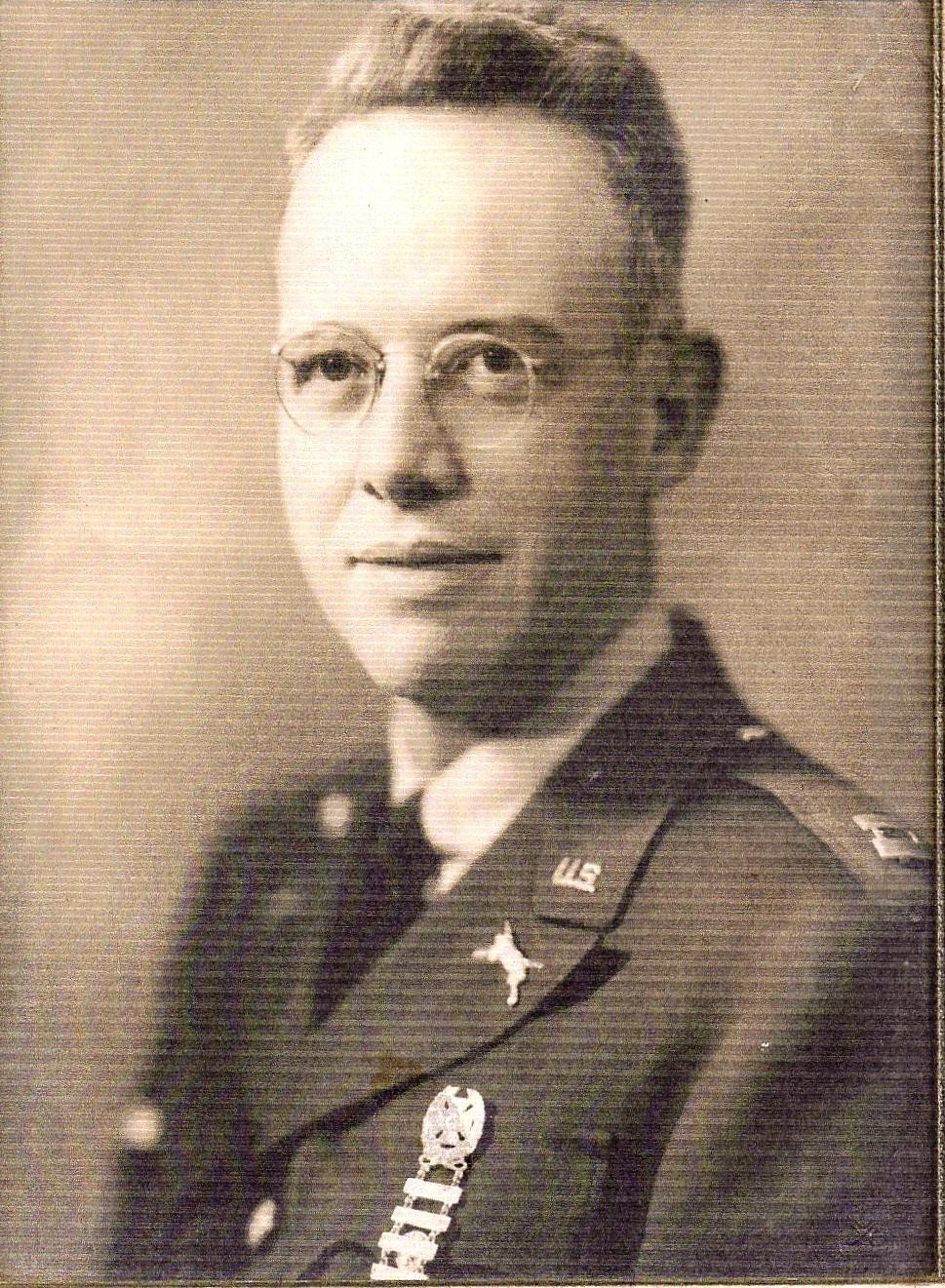 Lieut. Emmett F. Gibson and the men of the old Maywood Tank Company landed in the Philippines on Thanksgiving Day, 1941. They has a few days of tropic peace at Fort Stotsenburg in central Luzon — and then, on the day that Pearl Harbor was bombed, they were plunged into the inferno of war. Maywood troops fought back at Jap planes blasting Clark field, near the fort. Now go on with the story:

I was uneasy when I went to breakfast on the morning of December 13.

The mood of the night wouldn’t shake off: the feeling that this, my daughter Carol’s fourth birthday, was the day that the Japs would kill me.

I mentioned it to Capt. Fred T. Bruni, 36, of Janesville, Wis., commanding headquarters company. Bruni was a good man to talk to. He listened, and nodded. He put his hand on my shoulder and said:

“We all feel that way at times, Gibby. We can’t help it. Forget it. It won’t happen.”

He started talking about what we’d do after the war. He said:

“How’d you like to go up into the north woods for a month? Nothing to do but fish, or sleep, or hike. Nothing at all you have to do?”

Northern Wisconsin. A little lake, or a rushing stream. Fish striking at a fly. The pine woods — soft, warm nights. That seemed like paradise, and we planned a trip, there in that mess tent in sight of the bombed, blackened ruins of Clark Field.

We’d take our wives. We’d spend a month, two months — as much time as we wanted.

The funk was gone. Talking with someone else about a sane world, talking about a future as it really existed, helped. I was O.K. again. And I think the talk helped Bruni, too.

But it was strange that it was this day — the 13th — that the Japs attacked us three times from the air.

They came first at 8:30 that morning. Six pursuit planes streaked in low to strafe us. One swooped low over Clark Field. Others headed for Fort Stotsenburg.

I was in a slit trench with First Sergt. Don Bertrand, 1931 S. Second av., Maywood. Each had a 30-caliber machine gun, and we opened fire at the Japs. We could see our tracer bullets tearing through their wings; could see flicks of fabric flying out of their wings.

Reception Too Hot for Jap Fliers

The whole thing lasted only a matter of seconds. The Jap pursuits found the reception too hot, zoomed upward, turned and lit out for home, which, for pursuit planes, was undoubtedly a plane carrier out in Lingayen Gulf. Heavier bombers, on the other hand, probably came from the Japanese Island of Formosa.

Two hours later the Japs were back — with seven heavy level bombers, as distinguished from dive bombers. They came over low, at 1,200 feet, and dropped their eggs. We counted thirty-seven.

They were using bombs with a propeller on the nose. As the bomb fell, the air pressure made the propeller turn, unscrewing the nose-cap and exposing the detonator.

We were ready for them again. Bruni and I were near a 50-caliber machine gun, concealed under a tree. I jumped to the gun, but the leaves of the tree blocked my vision.

Stands in Clear to Direct Fire

“Stay there. I’ll direct your fire!”

He strolled out into the open, as coolly as though he were walking down Janesville’s main street of a Saturday afternoon. He could see the bombs streaking through the sky, could hear the “who-o-ompf” of an occasional one exploding.

My tree gave me an illusion of safety. At least the Japs couldn’t see me and make me a personal objective in their war. But Bruni was standing there in clear sight, an invitation for strafing.

He could follow the track of my tracer bullets as they cut through the leaves and into the sky. He was waving his hands to guide me: to the right — the left — up — down. He’d shout, too, and I could catch a few words over the din:

Things like that. I could see the planes only as flashing spots of light through the tree. I was worried about Bruni. Bits of our talk about the trip would pop into my mind and out again.

Bruni was still standing there, while the ground heaved. Each time one of those bombs let go, it seemed to pick you up and drop you again. Suddenly Bruni yelled:

A bomber dropped out of its formation. I could see it under the leaves. It seemed to shudder and veer. Then it climbed again. The formation of Japs roared away.

I left the gun and went to Bruni. He said:

“I don’t think that fellow will get home. He was hit hard. Saw your tracers eating right into him.”

We could see them, little specks, hurrying away. We thought maybe that was all for the day. But it wasn’t.

At 1:30 there was another alert. Specks were racing toward us. Bruni cried:

“Get into the trenches — they’re coming right through us!”

Down they came along the line of our tents. But there were only six of them this time. I told Bruni:

“We DID get that so-and-so. He’s crashed somewhere.”

Bruni nodded. It was cheery thought — even though it was guesswork. We were assuming, of course, that this flight of six bombers was the same squadron that had bombed us at 10:30 — minus the one We saw falter in the air.

Two days later something happened which confirmed, in our minds, the fact that We had shot down one of them. A motorcycle scout reported that native Filipinos in a nearby barrio, or village, had captured three Jap airmen.

They were, He said, members of a bomber crew that had crashed near the village. Capt. John Morley of Cincinnati, our intelligence officer, went out to bring them in.

They were the first enemy We had seen at close range, and We grouped around them with eager curiosity. We saw three stocky, dark-faced men, who must have weighed about 150 pounds, and stood close to 5 feet 9 inches tall. They were well built and looked like good soldiers.

Injured in the crash, they stood sullenly in front of Morley and refused to talk — though it was evident, from glints of understanding that He could not keep from his eyes, that one of them at least understood English well. We sent them to the office of the provost marshal of Fort Stotsenburg.

We had no casualties among the tank battalion in the raids on the 13th. But the heavy work for Maywood’s men was yet to come.