Gibson, Injured, Tells of Waiting for Death From Sky 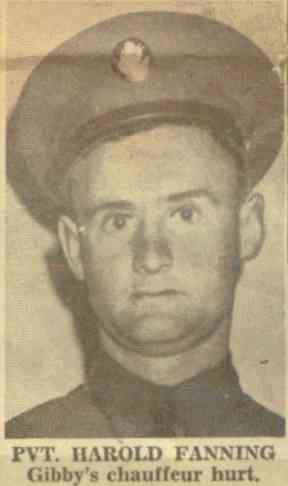 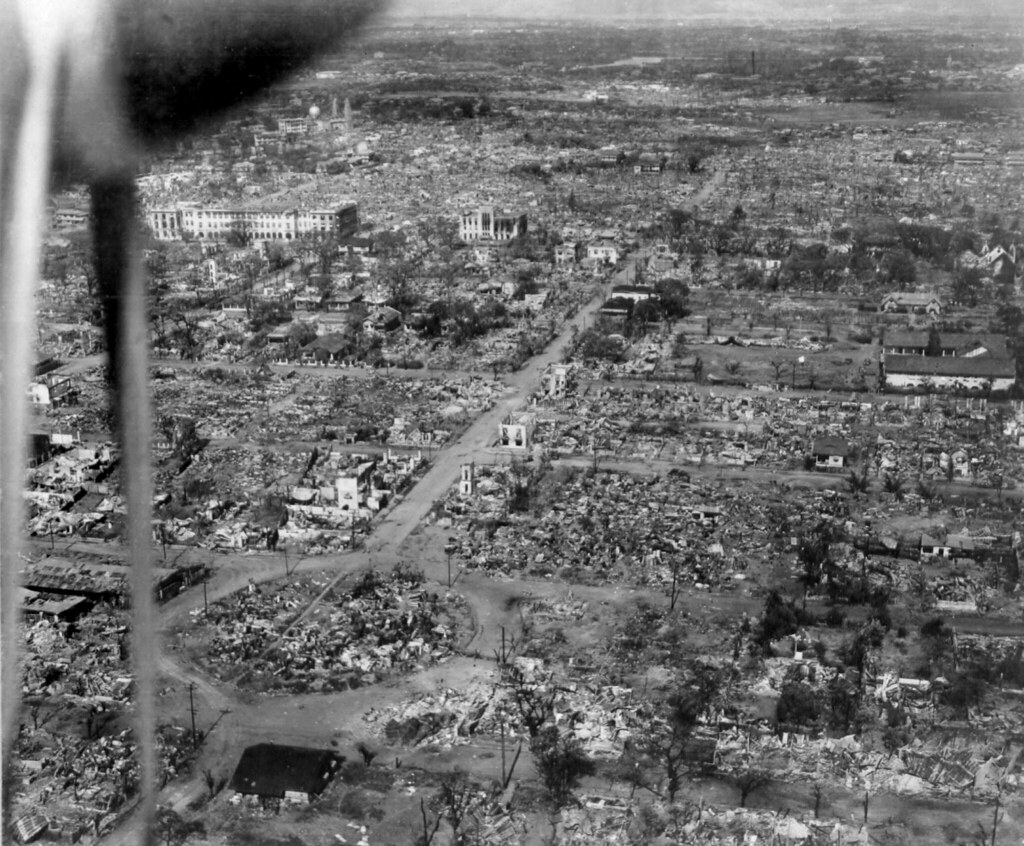 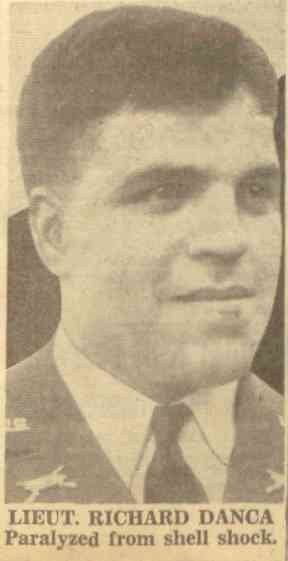 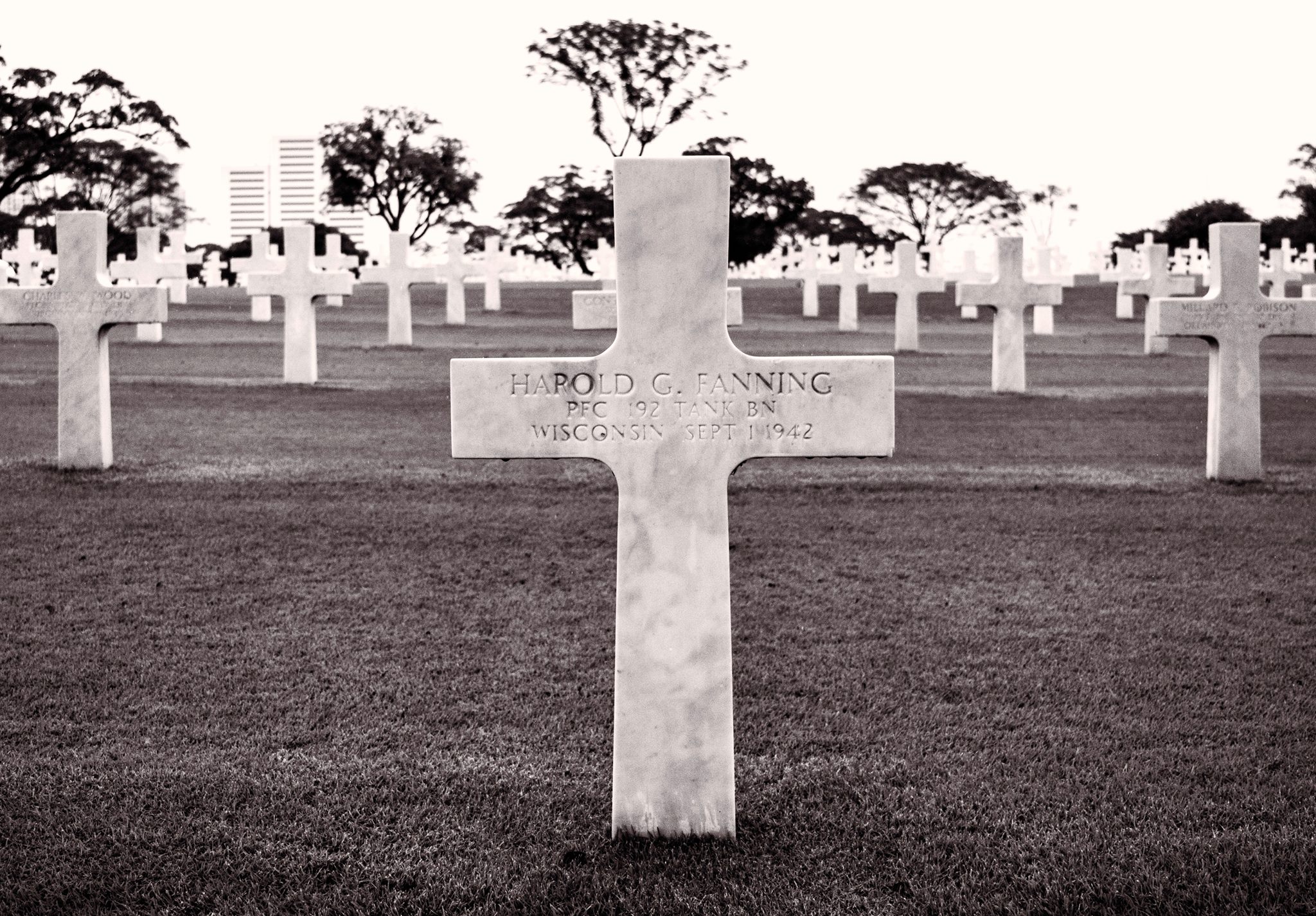 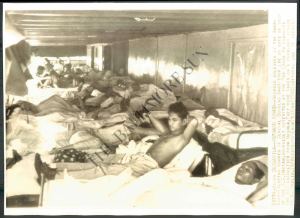 Lieut. Emmett F. Gibson and the men of the old Maywood Tank Company landed in the Philippines on Thanksgiving Day, 1941 and within a few days were plunged into the inferno of war. They were bombed at Fort Stotsenburg, saw the aircraft at Clark Field virtually destroyed, were hurled head-on against Jap shock troops. Thousands of Japs dropping on Luzon by parachute were slain by the gallant Filipinos. A Maywood officer, single-handed, stopped a Jap force trying to cross a river. The Maywood Tank Corps fought day and night without rest to rescue trapped Filipino forces holding back the invaders even when their lines of retreat were cut. With two old planes the American forces put a Jap armada to rout, meanwhile watching the wanton slaughter of Manila.

Gibson, Injured, Tells of Waiting for Death From Sky
Off to Australia! Doubt Foes Pledge of Safe Conduct

My conscience was free as I met my driver, Pvt. Harold Fanning, in Angeles.

Sure, I’d stolen a tractor. But all’s fair in war — and things were becoming a little informal in the heat of the campaign. Supply was collapsing, and you took what you needed where you found it.

A sergeant from our sister tank battalion, the 194th, stopped me as I was leaving Angeles. He said:

“Lieutenant, there’s a lady here who’s in trouble. She lost her husband, and thinks he may be in San Fernando. Can you give her a lift?”

She was an attractive Filipino girl, with a good deal of Spanish blood in her veins. At San Fernando, friends told her they thought her husband might be in Santa Anna.

We drove to Santa Anna, where we took the girl to the home of friends. They invited me in, and apologized:

“So sorry, Lieutenant, but we can’t offer you anything. You see, we have had no food for three days!”

They weren’t complaining, or begging. Just stating a fact. Fanning drove me to tank headquarters where I saw Capt. Bruni in a drenching, tropic rain, and told him of the plight of the Filipino family. He responded immediately:

“Tell the cook to fix them something up!”

Through the downpour Fanning and I drove back to the hungry home with canned food and biscuits. There was no trace of our Filipino girl’s husband — and she wanted to go back to San Fernando.

Hurt in Crash with Truck

It was growing dark and night dropped suddenly as we were on our way to San Fernando. Night comes very quickly in the tropics — there is no gradual curtain of twilight, only a sudden, sharp blacking out.

The rain was coming down in sheets. Five kilometers out of San Fernando, as we were approaching a bridge in the blackout, a truck load of Filipino soldiers loomed up in front of us. There was no room for both of us on the bridge.

We jammed on our brakes — the jeep skidded, and crashed head-on into the truck.

My left leg was crushed; the Filipino woman with us suffered a broken leg, and Fanning received minor injuries. We were taken to San Fernando in the bus, to a temporary hospital.

In the morning they put several of on another bus — a crude, rough riding vehicle with hard wooden seats. I was stretched out on a seat, swimming in and out of consciousness. The jolting trip hurt like hell.

They took us to the Philippine Women’s University in Manila, to which the wounded had been moved from the Sternberg General hospital. Sternberg Hospital was in the port area — where the Japs were hurtling down tons of bombs on the unprotected, open city.

We could hear the who-o-ompf of bombs as we lay in the converted university, and we wondered if they would bomb us.

I met Lieut. Richard F. Danca, 26 Lathrop Ave., there. He was suffering from a nervous disorder — something like shell-shock, it seemed, which resulted in occasional spasms of paralysis in his legs.

He was chafing impatiently in the hospital. He said:

“Gibby, I’m perfectly O.K. I belong with the tanks, and they won’t let me go.”

He was arguing with the doctors, demanding to be returned to duty.

On the thirty-first, it was announced that the Japs had consented to permit a hospital ship to leave Manila, bearing the wounded. They started moving us out to the ship at 1 o’clock in the afternoon.

She was a little ship, of some 2,000 tons, painted in white, marked with a Red Cross.

They placed us on cots on deck — there was no room below for us, and the ship, a former inter-island cruise boat, had only a few staterooms.

We sailed from Manila at 10 p.m. They were dynamiting gasoline and oil stores on shore, preparatory to abandoning the town, and throughout the evening we heard the roars of the explosions, and saw the hot, white-blue flame of the fires, which quickly faded to angry red under umbrellas of black smoke that spread out over the harbor.

We had not been told our destination. Some one said:

“It must be Corregidor. They’re sending us out where we’ll be safe.”

We agreed that must be it. We waited nervously for the black bulk of the island fort to appear. It loomed up at midnight, grim, silent and blackly foreboding. It began to fade again as We watched It

We stared from our cots nervously out toward the Black Sea ahead of us. It was New Year’s morning. Behind us, though We did not know It then, MacArthur had dynamited the bridge at San Fernando.

Our men were moving back into Bataan.